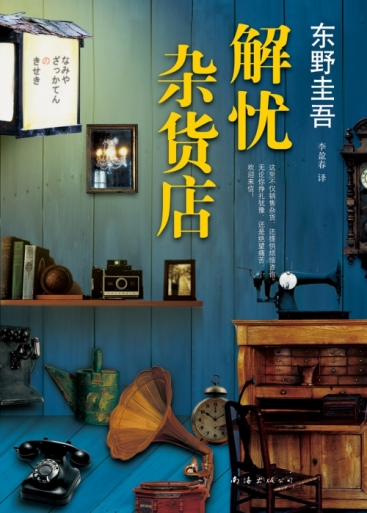 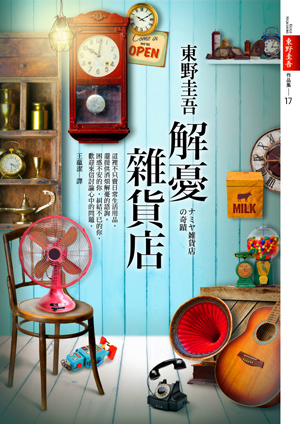 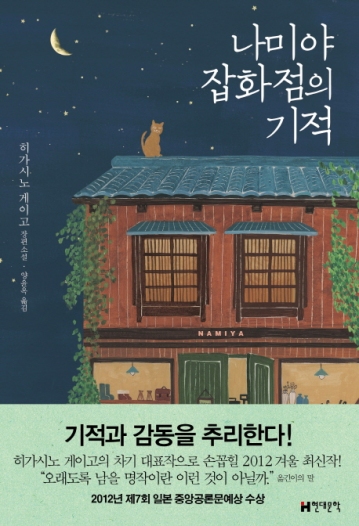 No murder, no alibis, no deduction, no evil. The Miracle of Namiya Corner Shop is a recent non-detective book from Japanese author Higashino Keigo, which was published in 2012. It’s not translated into English yet, but it has won several Japanese literature awards and is extremely popular among Chinese readers.

It looks like Higashino Keigo has a thing for stories over a long time span. Journey Under the Midnight Sun tells stories that cover people’s life time. This one again jumps between 1960s and now. A few stories are dotted between the two time points and are all linked skilfully in a “detective story” way. People’s lives overlap in amazing ways. If you read for a simple kind of pleasure and want to just enjoy the warm and kind flavour of this novel, you’ll love it very much and be pleasantly surprised by its designs. But if you can’t cope with messy timelines and relationships, it requires a bit of attention and effort.

I’m one of the latter and I was ready to read it a second time and sort out a timeline of some kind. Then with a simple search of the book title, a “technical” post appeared with all I wanted. There are people who are as serious as me. (Sigh of relief.) It’s such a complicated and intricate network of time, space and people, I’m sure it took the author a lot of time to make it all up and watertight. It could easily be over-complicated, unnatural and deliberate. But luckily it’s not.

It’s for boring commutes, for tired minds, for hard and disheartening times. It cheers the day like a bunch of flowers or a mouthful of cake.

Book covers and images are from the internet.