Looking back, I seemed to have done a lot of reading and gardening, and not much else in May. There were a few really dry and sunny days. While everyone  was enjoying the weather and wishing it would last forever, I stressed about my empty water butts and prayed for rain (sorry). Anyway first of all, I have to show off my beautiful route of my daily bicycle commute.

I finished reading A Game of Thrones on 22nd of May and felt like having a party to celebrate (that I managed to get to the end). Maybe one day I’ll read the second one but I’ll have a break for now. So straight after that, I started…

Elizabeth Is Missing is a special novel. I will write a review carefully after I finish it. For now, I’ll just say, it’s quite unsettling to think that dementia could happen to any of my family or friends, even myself, now that I have a vivid understanding of how cruel it is to a person.

The Happy Scavenger is a biography written by a Chinese actor after he had a serious car accident. A colleague accompanying him was killed straightaway. His face and right eye were torn. The book contains descriptions of the accident scene through his blurred vision, an almost light-hearted account of his 6-hour surgery, the following painful recovery and plastic surgery, the shock and grief of losing a friend and colleague, the gap in his confidence and his identity as an actor, and the blank space in his future. He joked a lot, about his new image of a tough man, about patients in plastic surgery clinics looking “pre-surgery”, and about eating and cooking countless ham shanks. It was all quite funny.

The book also has a collection of letters from his friends. It was through their eyes and mouths that I could understand how bad the situation was. They said he was trying to be strong and positive, so people wouldn’t worry too much. This was ten years ago, in 2006. It’s good to see Hu Ge now become one of the best actors in China. His right eye still looks a bit unnatural. But it doesn’t matter at all. His performance is professional and excellent.

Teahouse is a play script, written by a Chinese writer Lao She between 1956 and 1957. Through listening to people talking about the business of life in this teahouse, you get a glimpse of the society and country at that time on a bigger scale. Ordinary people struggled to survive, regardless of whether they tried to fight for good or to avoid evil. Life is worthless and without dignity. “I love my country, but does the country love me?”

This is one of the classics. I’m pretty sure it was in my school textbook. But reading it again now, I can feel a lot more. There are three time settings in the same venue over half a century, depicting life of ordinary people in Beijing at the end of Qing Dynasty, during Warlord Era when China was divided among military cliques and at the end of the civil war. It is one of the most popular plays in China: since its first show in 1958, till 1992 when the actors retired, the same group of actors performed it almost 400 times. A group of young artists brought it back to the theatres in 1999. As a regular play, it’s always in theatre on off-season dates. Even so, it’s always full and tickets are hard to get. Without any dazzling lighting effect, singing or dancing, the popularity of Teahouse is a miracle.

I read that people from countries with long histories are ‘old’, right from birth. I often feel very old and battered when I think about the modern history of China.

Four Bento Seasons is a lovely recipe plus story book. I’ve been experimenting with Japanese dishes this month. For a detailed review, see my post here.

Not So Secret is written by a British missionary who lived and worked in Japan for two decades. This book contains his wisdom on sharing the gospel in a very different culture.

I listened to the radio adaptation of Juliet Nicholson’s A House Full of Daughters. It reminds me of the little progress of my own project of writing down the life story of my grandmother, who used to be a proud and wilful miss of a wealthy family, then a strong and competent swimmer in a national team, a quick-tempered grandmother to me, and now an old person who cannot feed or bathe herself after a stroke ten years ago.

The winner of the Man Booker Prize 2016 was announced at the end of the month. All six shortlisted books are interesting. I will try to work through them one by one this year. I have a guarantee from a book person in the family, “Even if you have never heard of the author, if it has a man booker sticker, you can be sure it is written well”. Apart from the story itself, I’m also curious about the translation element. One of the shortlisted books is originally written in Chinese, which means I’ll be able to understand both the original and the translated English version, and I’ll be able to compare and hopefully learn from it.

I have bought quite a lot of magazines this month. I proudly present:

New Philosopher from STACK this month. I liked the front cover immediately, green and graphic. I looked up its back issues. Many front covers had brightly coloured graphic designs. The format is big and glossy. The topic of this issue is education. It starts with an analysis of the sweeping influence of media and its universal schooling on sex, beer and violence. I started to worry about my (not-yet-existent) children and parenting when I reached the third page. Some of the articles are very academic, taking me back to dark Uni times… but generally interesting and engaging.

Weapons of Reason was bought through STACK Sampler. It’s small with matt paper. The content is really colourful, some of the pages are saturated purple with rich green text. The topic is ageing. To be honest, although I’ve flicked through it back and forth a few times, I haven’t sat down and read it. So I can’t comment on the content yet.

Delayed Gratification was bought in an independent shop on Newcastle Quayside (amazing). I like its idea of slow journalism. I’m terrible at news on current affairs. I feel like I have been missing out on it for all of my life, it’s surely too late to pick up and make sense of anything. But this magazine promises to “give you the final analysis rather than the first, kneejerk reaction”. News shouldn’t be like Twitter posts, just reporting what’s to the eye. How about what it means to the brain and the heart? It has an article on China’s new two-child policy in this issue. I’m curious to see if it emphasises on the “breach of human rights” like everybody else does, or if it puts one-child policy in a bigger context of history. Also, I like its infographic style, bold and professional. 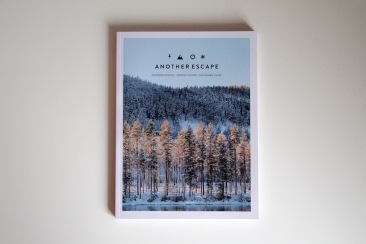 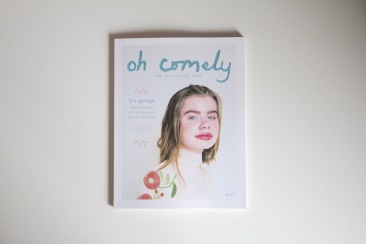 Another Escape, bought from the same shop is a travel magazine. It’s printed on heavy paper. The layout is just right, not too busy (stressful to read), not too bare (feel like a rip-off). Tasteful, relaxing and tranquil. (I haven’t read it.)

Oh Comely was bought in WHSmith. I didn’t realise it was an indie magazine until recently. I was attracted to this issue for its topic: Sisterhood. There are many pictures of girls in it, not super beautiful and composed ones, but real and natural ones. I haven’t learnt to take photos like these. The text is for readers to feel not for the purpose of gaining knowledge I think. (My husband would like to know the meaning of the title.)

Huck was bought in WHSmith as well – WHSmith is way more dangerous than any clothes shops for me; I went into H&M next door on the same day and came out empty handed. It’s the Freaked Out issue which worries me a bit, but I want to know this publication. Since this time the front cover has a creamy green estuary rather than the last issue which had a young girl holding a rifle, I decided to buy it. I have no issue with a picture of a young girl holding a rifle. It’s just I guessed it would be about fighting in the Middle East and I wouldn’t understand much. (This one is also queuing for my attention.)

We watched My Week with Marilyn on BBC iPlayer.

I started watching a Chinese TV series called The Disguiser. I always believed watching TV dramas is nothing but a waste of time, according to my childhood education. But recently, I learnt from Not So Secret that watching TV is actually one of the first things the author does to adjust or readjust into a culture. I kind of agree. It keeps me connected with my home culture and ensures my mother tongue is kept up to date. And I do think the quality of Mainland Chinese TV series is improving dramatically. However I still try to be disciplined and often watch it with a sense of guilt… 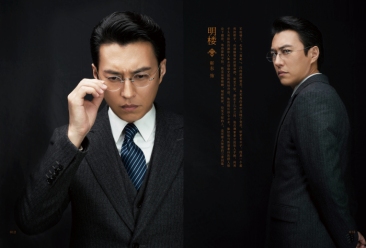 RHS Chelsea Flower Show has been and gone. That, The Proms and Hay Festival. One day I will see them face to face. But for now, BBC iPlayer will do.

Speaking about my garden, all the plants I ordered are in position now. I wanted to say “in their final home” but I know they probably are not, knowing how much I like changing my mind, pulling things up and moving them around. The good thing is every plant survived (so far). I’m really pleased. The plants were bought online from Knoll Gardens and Crocus. I’m happy to recommend them! Every day I glance at the new plants, stare at them, squat next to them to inspect them closely, but they don’t grow any faster. However, when I forget to check on them a day or two they surprise me with their progress.

End of March and end of May: 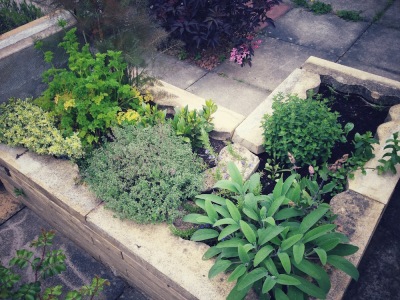 We spent a weekend in the Cheviot Hills. It took my husbands several attempts for me to pronounce it correctly. I’m ashamed to say that I was defeated and didn’t reach the Cheviot (the summit) in the end. I blame the unclear marking of car parks on the map. Wooler, where we stayed the night, was surprisingly close to Newcastle; only about an hour’s drive away. We can definitely even do day trips and substantial amounts of walking in that part of the country, especially in summer. I also want to try wild camping…

I bought a book called Nib + Ink a while ago. I didn’t know what I was expecting but somehow I was a bit disappointed when I got the book. So it was left aside for a while until I needed to write some party invites and I searched online aimlessly. I found a really helpful website called The Postman’s Knock. My supplies are on the way. Hopefully I’ll be able to give you more news about my calligraphy adventure in the future.

Scrapbook is getting filled steadily and looking good. Soon I’ll be able to start putting things from 2016 in…