Before we went to Japan this year, in addition to planning our visits to well known touristy sites, I did some homework about stationery items to buy and convenient store food to eat. This post is about stationary.

Stationery there is on a different level. Going stationary shopping in Japan is like going on a day trip to IKEA in Gateshead. The LOFT stores in Tokyo and Kyoto are both buildings on their own of (about) seven floors high. There are two-in-one scissor-knives. There are folding whiteboards in the form of a notebook. There are rulers that clip onto your books. There are markers in all colours, shapes and patterns that also clip onto your notebooks. There are pen bags that stand up on desks. There are also post-it notes that stand up on desks. There are fountain pens that are in ten different colours (body) and in ten different fineness (nib), all smooth as butter. Andy summarised the situation and my enthusiasm rather negatively (but somehow accurately): “They solve problems that you never knew you had.”

It’s been almost six months since our trip to Japan and I have made use of most of them. So now I can give you a “pros and cons” review on my pretty big collection instead of just a “Japanese stationary haul”.

A few stationary shops that we visited and you shouldn’t miss if you are as hopelessly obsessed about stationary as I am. This list is only in Kyoto & Osaka area.

There are many more, which I hope to visit during our next trip to Japan! (Where shall we go next?)

The things below are most of the stationary items I bought from Japan, ordered by how frequently I use them and how much I think they’re useful. 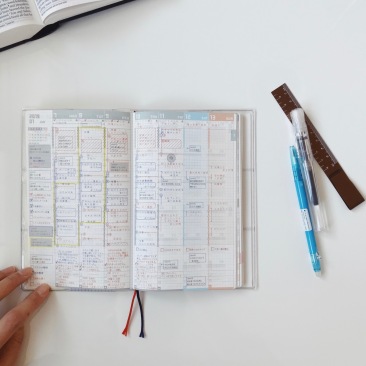 I switched from my bullet journal to this new diary in December. It’s slim and small, and it covers 14 months! The silicone-feel plastic cover protects the near-Bible-like-paper stock. The paper is very thin but does not bleed AT ALL (where my new Moleskine bleeds like mad with the same pen). It crams in a lot of features, like weather, moon calendar (!), sunrise and sunset time. Every day is lined vertically with a 24-hour timeline. It’s a perfect planner.

The downside is that because it’s so small and compact, there is really not much space to write a proper diary. As a result, I’m back to using two diaries/notebooks again. 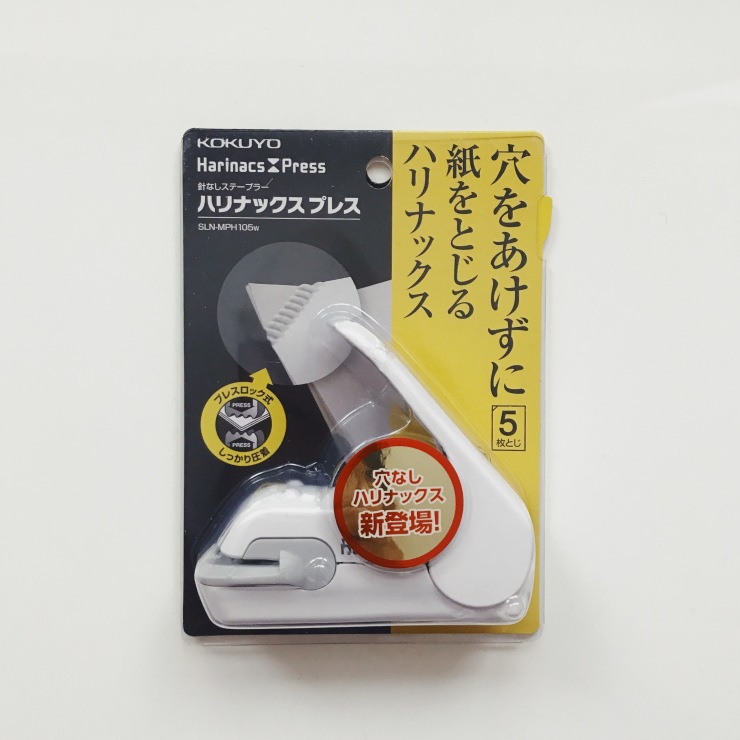 It’s not quite accurate to say that this is just a stapler; it’s a stapleless stapler! It’s actually the only item I wish I had bought two of; one for work and one for home. It does what a normal stapler does – binds paper together. But it does not need staples, which means there’s no mess in my drawer anymore (well, relatively speaking…)! And I LOVE the smooth pressing of the lever and the satisfying crunch. (There was a funny occasion when my colleague in finance came over and said “it’s so amazing! Show us your contraption Nicole!”)

The downside is that mine binds a maximum of five pages. However there were more powerful ones on the shelf.

This one is more straightforward. It’s a metal ruler that clips onto my diary. I use it to draw boxes in my diary every day to mark meetings and log chunks of time I spend studying, reading or doing 1-2-1 Bible studies for example. I draw a box every day to show how many hours I sleep too (and I write down the weird dreams I had in those boxes).

Nothing wrong with it at all. It’s lighter than it looks. It surprises me almost every time I pick it up that it’s so light.

This is the pen that draws neat and sharp boxes in my diary (above) but bleeds all over the place in my Moleskine. I love the superfine nib and the transparent body (if you like a bit of colour, there are millions of choices available).

Cut tapes without a pair of scissors. Although scissors are pretty compact in Japan too. I have been a proud owner of a pair of pen bag scissors for a few years now. That was actually my first Japanese stationary item. 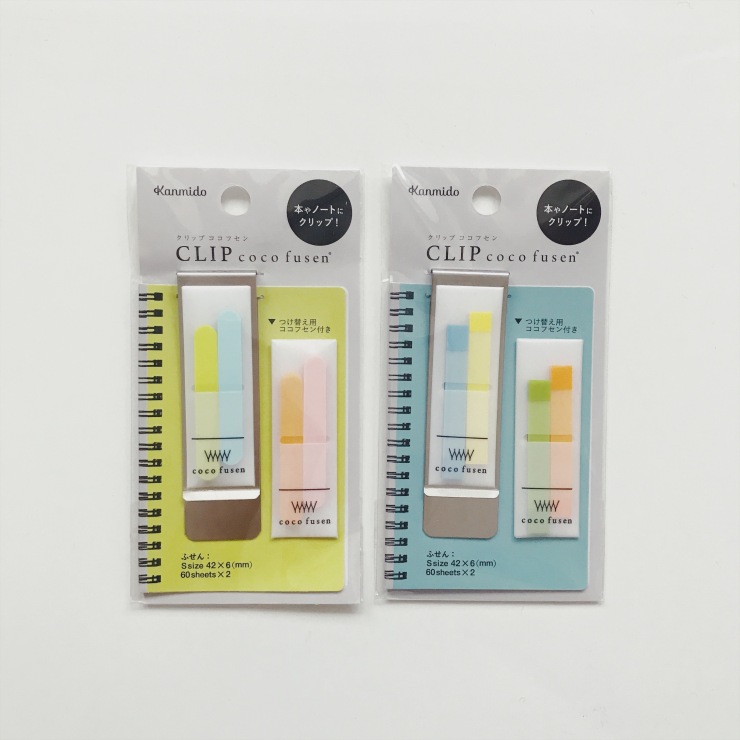 It really just a Japanese version of the thin sticky notes. They are made of plastic instead of paper, which means they are not recyclable to all my eco-warrior friends. But WHO IS GOING TO RECYCLE THEM?? They are staying with me forever. I stick these on the pages of books that I want to mark out (for example, where the word “Wolf Hall” actually appears in the book Wolf Hall – such a breathtakingly good book!).

Downside: It eventually will run out. It makes me sad thinking one day it will run out :(

Super cool for bullet journal. Because it rolls on and on, it never expires. It’s a bit hard to explain without seeing it in action.

Andy: Surely you don’t need to bring a Pritt stick all the way from Japan?!

At this point, the product review becomes more on the negative side.

The idea of this rubber is that because the cross-section is a small rectangle, the rubber would never lose its preciseness. However, I found the rectangular body uncomfortable to hold and it doesn’t erase very well somehow. 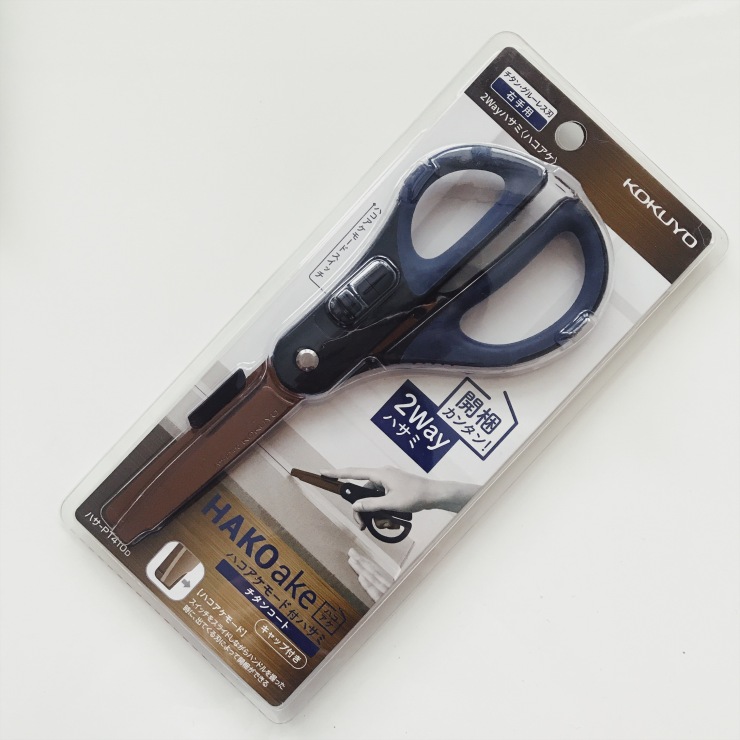 This was the one item that I look forward to most. It’s designed to open parcels. If you know how many parcels I receive weekly, you would understand why I’d wish for a well-designed tool! One of the blades of the scissors has a ‘dent’, so when you press the two blades closely together, it reveals a knife blade. The idea is that you can use it to cut things like a pair of scissors as well as like a knife without having two tools lying around.

It’s a great idea but it doesn’t work very well. The knife blade is too small to cut through some tapes. It also hurts my hands when trying to push two blades close enough to reveal the knife. Maybe the extra-secure brown tape from the Good Book Company is just too strong? I’m not sure if my explanation makes sense without you, again, seeing it in action. Just look at the picture, that might help.

One day in mid-February, my blue 0.38 erasable pen run out of ink.

Andy: No, not going back to Japan just to buy pen refills… not just yet!