The one (but not only) noteworthy thing in February was the trip to London.

The Starter: The Ever-So-Stylish Mrs Alison B.

Alison lived in a stylish house in Newcastle until last year before moving to an equally stylish flat in London. She used to invite me to her kitchen in Newcastle with shiny red cupboards and an Aga and the airy conservatory for dinner. Halfway into the dinner, she would point candidly to a common-looking houseplant in a corner and say it’s bearing fruit, look at the orange fruit. I looked and it was an apricot-looking fruit. I said, wow, never seen one like that before! Then she would quickly pluck the ‘fruit’ right up and wave it at me with a childlike ‘gotcha’ face. And we would laugh and laugh. We met in the Christmas choir many years ago. I must have just joined the church and I was not going to be bothered by the fact that I knew no one in the choir. But Alison sat next to me and chatted. And who could forget her good humour and red lips? 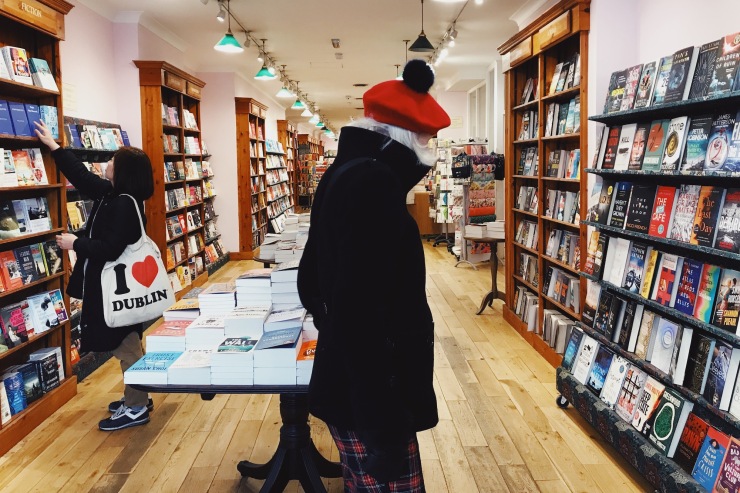 We didn’t have loads of time when we met up. She led me on a whirlwind tour around the Guildhall area and saw some amazing paintings, including Jesus raising of Jairus’ daughter, and the Israelites in the wilderness. We sat in a small coffee shop and chatted about our church in Newcastle and her current church, about her work with the homeless. She recommended a book called The Big Ego Trip – finding true significance in a culture of self-esteem, by Glynn Harrison. She took me back to her flat for a peak because she knew how curious I was about her flat, which really is an iconic building in London. She took a photo of me on her balcony, against the view that she sees every day from her window. She used to dig up plants from her Newcastle garden and gave them to my new and barren garden when I first got married and moved in. She now has a few concrete planters on the balcony and she introduced the plants to me one by one in the same tender way. There are always lots of things happening here. It’s really the centre of the world.

Yes, we ticked the box and we’ve seen it. But better than the show itself was the two and a half days we spent together: cooking, taking hilarious photos of each other through gaps in crowded tubes and discussing the Book of Revelation. 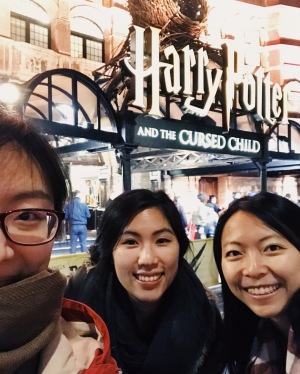 Here we are, queuing with bursting excitement on the first night. Overall, it’s worth going. Obviously, if you grew up with Harry Potter and have been a fan throughout the years, you need to know the latest crisis in the magic world and in Harry’s life. If you’re only vaguely interested in the whole HP industry, the show itself is worth the money. (But note I’m not as experienced in the realm of plays as books!) The light and smoke and all the stage effects were truly magical. But what I liked the best was the acting. Scorpius Malfoy was THE star without a doubt.

Some tips from our experience:

The Pudding: Bookshops in Notting Hill

We planned to travel back to Newcastle on Sunday morning. On Saturday morning, we got a text message saying all trains were cancelled on Sunday, we had the option of travelling either on Saturday or on Monday. So suddenly, the rest of our trip was cut short to just six hours. 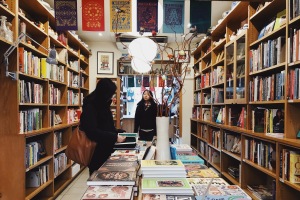 Dorothy and Pearl were super relaxed about what we did while I had a list of 500 options. So with the clock ticking, we headed to Notting Hill. The destinations were three bookshops right next to each other. The first stop: Books for Cooks. It was exactly that, shelves full of recipe books, arranged by countries, vegan and vegetarian, baking and meal prep etc etc.

Talking about recipe books, I have been experimenting with a vegan recipe book called Bosh! and have quite liked the results. It has some practical vegan recipes that satisfy my tastebuds as well as my belly. Love the Pad Thai recipe, as well as the fajita and fajita cakes. I have changed my opinion that vegetarian food leaves me hungry at the end of a meal thanks to Bosh!.

The second stop: THE Notting Hill Bookshop. The film was made in 1999. It’s been 21 years! But there were still crowds of tourists inside and outside the bookshop. I bet they sell their tote bags more than any books. Pearl was moderately excited, though that was easy to understand since she was the only one ‘in love’ between the three of us ;)

The last stop: Lutyens & Rubinstein. My favourite between the three. The owner of that Brompton left his bike there just the right time for our photos! 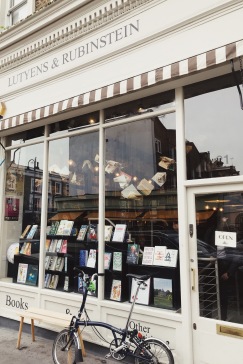 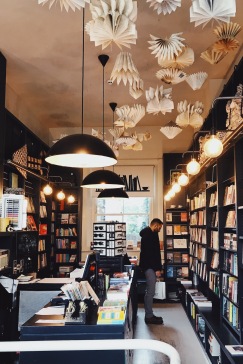 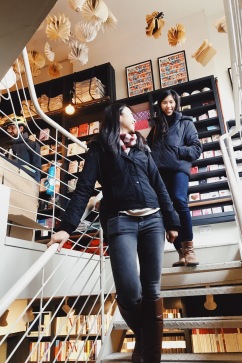 Obviously, no one bought any books in any of the bookshops mentioned above. We turned the corner and went into Honest Burger. By the time we came out, there was a queue snaking away.

We were nervous about the train back to Newcastle and expected it to be chaotic since most people would be like us, travelling a day earlier than planned. But it was actually uneventful. I had to clumsily pull out extra layers from the suitcase to put on while waiting for a metro – Newcastle was significantly colder and Newcastle’s trains had way longer gaps between services. While I was struggling, we saw a familiar figure sauntering along the platform towards us. It was David the Vicar, just got off exactly the same train, back from meeting up with Franklin Graham.

You might have noticed the name of my blog has changed. Yes, it has! I’ll explain that next time. Happy March!

(Feature photo by Gaetano Cessati, continuing the theme of flamingos.)